Thomas was bred and raised here at Rushwind.

This little fella is already taking after his Daddy and Mama.  He seems to be a natural in the show ring.

Very confident and poised.  He earned his 1st Championship point at the St. Paul Show on a Saturday in early January 2017.

He went back the next day and got his 2nd point.  He is on his way!

Looking forward to watching him mature.

OUR LOVELY BOY IS NOW A GRAND CHAMPION-MARCH 2018 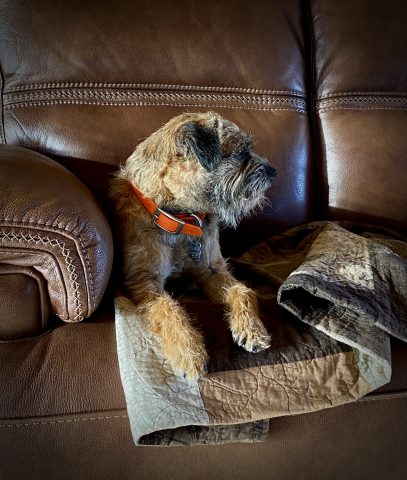 Thomas returns from spending the month of January 2018 in Florida with Dave and Sandy.  He did 14 shows and took Best of Breed in 11 of them.  He and Dave make a great team.  Thanks Dave and Sandy

MPLS Dog Show in Shakopee, MN     Huge Thanks to Brenna, his wonderful Handler!